Many in the online dialectic of organized gang stalking hover around the issue of false allegations, and slander campaigns, particularly that these are organized pedophiles that practice OGS in order to kidnap or otherwise get close to having positions of authority over children.

Then, have a look at that former FBI Directors philosophy and the dubious Alcoholics Anonymous cult. Yes, cultic ideology is prevalwnt in OGS dialectic.

Related Story and update : Child exploitation and sex trafficking is a euphimism for how American states and local jurisdictions work with NGOs, western religious organizations, and others to prey upon children in order to get and keep federal revenue streams. But also, around the world, there is one constant: police are at the center of this discussion, and the massive moneypot of funds around it. These funds derive, primarily from christian organizations and legacy “philanthropic ” organizations with direct ties to CIA, and other intelligence agencies. So, the dialectic is itself, a make-work project. Bomb the babies, then save the babies. It is one way that western government gets its foot inthe door to societies it otherwise could not access, and a very strange business model, that has worked for millenia.

And, one third of police who lose their badges every year, lose them because they are pedophiles:

The probe revealed that 550 officers were decertified for various sexual assaults, including rape. Some were dismissed for sodomy or sexual shakedowns, where victims were forced to perform sexual acts to avoid arrest. 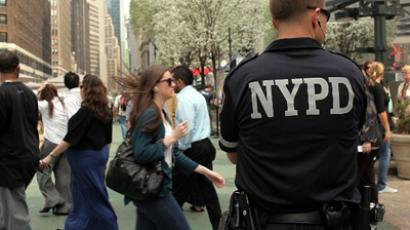 A further 440 officers lost their jobs for other sex-related offenses, such as possessing child pornography, being a peeping Tom, sending sexually charged messages to underage teens or having sex while on duty.

About one-third of the officers lost their jobs for committing sexual offenses with juveniles.
他的。Those who fall prey to police are often young, poor, drug abusing individuals who don’t report their cases to the authorities. Victims included motorists, schoolchildren who were patted down in searches for illegal drugs, or women forced to perform sexual favors to avoid legal troubles. Prison inmates were also forced to have sex with guards.

The real number of sexual offenses could however be much higher, as AP only looked into registered cases where an officer lost their badge because of an offense.

And, these claims have some merit for several other reasons, not least of which is that many claimants to this form of highly organized stalking where vested interests seek to actually CAUSE mental illness, with children being the targets of any of a number of cults and sects withing these organizations.

Many cases that one can read online are people who lost children to CPS, or cases where low status, low IQ or otherwise impaired persons are targeted with ferocity to the point they are framed into crimes they didn’t commit, such as the case of the Largest DNA Exoneration in American History, of the Beatrice Six, where actual mind control was induced by a cop who was both the primary interrogator of these framed people, but also, was their their psychologist!

Despite their release from prison and a 30 million dollar settlement which will likely bankrupt the town that did this to them, these framed people still have police-induced Stockholm Syndrome. Let that sink in a bit….But in OGS, what is extremely significant, is that a “gang” was created from whole cloth by a cop, and a false conspiracy was manufactured by that cop, working with other institutional forces and practices; and a child was spirited away by these local institutional forces afterwards.

Others victims who have lost children to these vast pedophile networks had been involved with family courts, false allegations, or social services, or other targeted with other police activity such as the inter-generational “Police Family Syndrome” where children like Celeste Guap aka Jasmin Abuslin was used and passed around by police from seven different departments in the San Francisco Bay area, with some of them literally giving her “a bag of cheetos” for sex.

Without irony, this author notes that in anthropological studies of apes, such as chimpanzees, we frequently see “alpha males” killing, mauling, or raping fatherless apes to death; or uniting in fury to destroy and dismember other male chimps who appear on the perimeter of “their” territory. But also, in studies of apes, we see matrilineal groups as incestuous bullies, and predators too.

These stories in both anthropology and in the human world are so bizarre that they generally defy logic or even description, and so, ordinary people targeted with this literal psychopathology have few resources with which to describe their circumstances, much less use “ordinary” terms. Policing is just that off the chain these days-or: has it always been that way?

The F.B.I. released the official symbols associated with child sex trafficking that recently have been brought to the forefront again to help locate and bust these demented criminals. We all know that human sex trafficking as well as pedophilia rings have been in operation for a very long time. Here is the official F.B.I. intelligence bulletin describing the symbols and logos used by pedophile networks…

These symbols have manifested everywhere throughout society – and only those in ‘the club’ knew what they meant, but now – the information has been verified and leaked to the mainstream public in the worldwide scandal of #PizzaGate. Do you really want to know why this investigation has not even started to begin to gain traction on the local P.D. level? Take a look at where these pedophile sex symbols were recently uncovered….

….follow this link to read more-connect the dots [or, in this case, the pyramids that circle inward, like a dog chasing its tail]!

Triangles are also a theme in some of the online narratives as well. I estimate that the triangle- or the ‘upside down’ triangle appears in some 2-5% of online narratives. Then- there is the issue of badges that have the universal symbol of “man boy love” emblazoned on them:

Its impossible to miss the six pointed star, and its zionist symbolic meaning.

Adding to this is the fact that Infragard, LEIU’s and any of a number of agencies work behind the scenes and at te internet switch, or in court rooms and other ‘key’ positions to track, monitor and to literally CREATE easily discredited boogiemen via “pedofication” that they can then rush in and “capture!” Such was likely the case with John Lang, Fresno activist, and many others. As we see time and time again, the endemic corruption of American police is out of control, and these operate with total impunity, as Lang captured on film, and described on social media( a Google search reveals some 1.2 MILLION mentions of John Lang’s story)

So, for me at least, having witnessed everything that I write about, it is no stretch of imagination to note that complaints of “weird people on the internet talking about DEW’s” and occultist stuff and symbols that carry coded meanings and other total crap that has dual meanings, coded meanings, and cross-dialectical meanings; and certainly falls within the jargon and argot language of policing and policing tactics and methods, which not-coincidentally are designed to be obscured and occulted from common parlance.

As we see time and time again, people like former FBI chief James Comey, and others, including todays FBI, are merely protectors of child molesters

Related Story: Children who encounter the politicized child kidnapping rings of the DVIC and CPS also encounter an immediate 70% chance of being sexually abused, pimped, and trafficked. In fact, the foster care CPS system IS THE PRESCHOOL TO PRISON PIPELINE.(the dilligent reader of ROGS will note that my own case started when I tried to “save” the daughter of a Minnesota sherrif, whose street name was,“Piper”, named after a Ronnie James Dio song, and who had been pimped since she was 12, from Saint Paul, to Las Vegas, Frisco to Hollywood and beyond, finally settling down in Colorado Springs, CO, where she collects many state checks from any of the four fathers of her children, as she is used by police as an “asset,” and a community snitch; but also that she and her children bring federal dollars to states that depend upon welfare /DVIC /PIC /MIC handouts instead of other possible versions of a healty economy.)

UPDATE: As of today, 11/29/2019 we see the FBI performing a “ going nowhere” pseudo investigation to protect the CIA/JTRIG/Bankster affiliated One Percent and its perverts who exploit children from scrutiny, as they negotiate Jeffrey Epsteins black book, rather than release it to journalists. This is what that agency does, as cleanup crew and enabler for deep state pedophiles. They dont give a single shit about YOUR children.

As we saw in the opening season of Quantico as in nearly every other MSM portrayal or discussion of this issue, the eradication of characters in cinema, and media portrayals of police as LEO’s that are hiding their tendencies.

In Quantico for instance, the Mormon was at once depicted as a pedophile, and then instantly killed off as a character:

This is an archived article that was published on sltrib.com in 2015, and information in the article may be outdated. It is provided only for personal research purposes and may not be reprinted.

ABC debuted its series “Quantico” on Sunday night, and there was more for Mormons to be unhappy about than just the LDS character shown wearing nothing than his “Mormon underwear.”

If you haven’t seen the episode, this is a MAJOR SPOILER ALERT. If you don’t want to know what happened, stop reading NOW.

As written by creator/executive producer Joshua Safran, the Mormon character — Eric Packer (Brian J. Smith) — is a liar, a hypocrite, a child molestor and, perhaps, a murderer. He is yet another in a long line of outwardly religious characters — of Mormon characters — who is not what he pretends to be.

It’s happened so often that it’s a hackneyed cliché.

In this case, it’s worse than the usual cliché, however. Turns out the secret that Packer has been hiding is that, while on his LDS mission, he got a 14-year-old girl pregnant. And she died when he took her to get an illegal abortion.

The series revolves around a group of FBI recruits as they arrive at the training facility in Quantico, Va. Each recruit is assigned to do a background check on another recruit to uncover a secret that has been deliberately omitted from their file.

Caleb Haas (Graham Rogers) has to investigate Packer. And Haas is sort of an idiot, expressing surprise that a Mormon has been recruited by the FBI; calling Packer both “Joseph Smith” and “Romney”; and making polygamy cracks.

Haas is no more competent at investigating Packer than he is at anything else. But he convinces Packer that he has learned his secret.